HomeblogFrom our membersNative speaker: To be or not to be?

Native speaker: To be or not to be?
by Patrick Mustu

Native speaker: To be or not to be?

“We only hire native speakers. This is part of our method and our USP.” A 2013 study on English teaching job ads found out that:

Marketing follows this pattern. If teachers are mentioned, it is this very feature. However, often it is not even about the teacher, but rather about applying special “methods” (often named after the school), offering assessments and exams, having fantastic references, holding memberships, being certified and having a quality management system in place. Where is the teacher, who is  the backbone of every lesson, class and school, in all of this? And how does it feel to get this reply when you apply without falling into the right category:

“I regret to inform you that ABC only hires native speakers to teach foreign languages. For you only XYZ would fulfill this requirement but we have no XYZ courses. I am sure that you speak excellent English but our customers expect teachers from GB, Ireland, USA, Canada, Australia, and we have no problem to find these people.”

Look at a colleague of ours with a BA in TEFL, MA in English Philology, 14 years of teaching experience (including language schools in the UK) and several textbook publications for Cambridge University Press: NOT ENOUGH. Or another one who has a CELTA and a DELTA, is a materials writer and teacher trainer who has taught English in four countries (including Britain): DECLINED. The obsession with native speakers is both profound and profane, yet real. Ostankowicz-Bazan (2017) collected statements on choosing teachers, and typical ones were:

What is the reasoning behind this? The idea that languages are best taught by native speakers is as old as language schools themselves. For them, it is part of their method, a unique selling point and quality feature. Many students also believe they can learn better from someone who knows ’real’ English and understands the ‘culture’. Common assumptions include that their English is more idiomatic, richer in vocabulary, and that it has a standard model of pronunciation. Native speakers are also seen as role models and mentors who are able to deliver high-level communication and writing practice.

While native speakerism has been sold by many international language school chains as a quality feature for decades, there has never been scientific evidence that a native speaker is a better teacher per se. You can view this from many angles: linguistic, cultural, personal. There are plenty of resources and voices discussing (and demystifying) that concept. See, among many others, Marek Kiczkowiak’s page (https://lnkd.in/gQepyqah), or Silvana Richardson’s 2016 IATEFL plenary (https://lnkd.in/gm45wFNE). There is also a legal side to it: between 2000 and 2004, the EU adopted several directives on equal treatment, providing definitions of various kinds of discrimination, and calling for sanctions if principles are breached. These directives are meant to change social realities, ban and eliminate discrimination. Every member state implemented national legislation based on those directives. In Germany, they have been incorporated into a single Equal Treatment Act, which provides for damages to be paid to an unsuccessful applicant suffering discrimination during the job application process. This may be using a discriminatory term in a job ad, during review or when declining a candidate, considering, for example, age, gender, religion, sexual orientation or ethnic origin.

Germany has recently seen the first ever case of an ELT professional challenging a school’s hiring practice and taking legal action. She applied for a job and was declined because the school would only hire native speakers. No review, no assessment, no interview. They even said that they were looking for teachers and her CV looked ‘really interesting’, but their policy would not leave them with a choice. Germany’s highest labour court decided in 2017 that the term native speaker constitutes discrimination as it relates to somebody’s ethnic origin, so things went pretty smoothly when her case against inlingua came before the local labour court in Karlsruhe. Long before this, IATEFL and German ELTAs had already banned this term, not allowing job ads containing this to be placed with them. MELTA, for instance, drafted a standard reply they would direct at such recruiters:

“Thank you for your request to place a job advert. I note that in the advert you have stipulated that applicants should be native speakers. We made the decision to avoid accepting expressions such as “native speakers” in job ads in an effort to promote non-discriminatory language in ELT. We want to do this not only from an ethical perspective, but also because we discovered that this type of discrimination actually contravenes EU law. I’d therefore like to suggest we change the wording to “proficient English speakers” or similar. Please let me know if this is acceptable for you.”

And even longer before –as early as 2003– the European Commission issued this statement (https://lnkd.in/gg7fUyDg):

“The Commission is of the opinion that the phrase native speaker is not acceptable, under any circumstances, under Community law. The Commission will continue to use its powers to fight against any discrimination caused by a requirement for native speaker knowledge in job advertisements. This also applies in its relations with its contractors.”

Let us finally arrive at a moment of truth: Can an accident of birth be a qualifcation? Are teachers made or born? How can you justify preferring a native speaker without any credentials over a bilingual teacher with a five-year degree in English and loads of experience? Take the idiomatic/pronunciation argument, for instance: with English as lingua franca, 95 % of the communication our students will have will be with non-native English speakers. Therefore, they will not be exposed to a British or American accent, but to HUNDREDS of accents. And at the end of the day, there is so much more to language teaching than the language itself. You must be able to TEACH and bring skills to the table that draw a big picture, including lesson planning, methodology, personal and business skills, sensitivity, ability to facilitate, deal with different learners and group dynamics, media competence, etc, etc, etc. On top, there are things such as professional conduct, time management, presenting and marketing, liaising with the body you are working for, and so on. The truth is:

The native speaker concept in language teaching is not a quality feature. It is a marketing tool. After all, it is not about where you were born and raised. It is about what you can deliver. 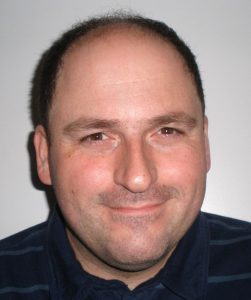 Patrick is a lawyer, language trainer and translator based in Düsseldorf. He has been teaching for 20+ years in various settings, from colleges, universities and other institutions to executive coaching. An in-house trainer with international law and accounting firms in the first place, he also runs seminars for a number of professional associations, including the Lawyers’, Notaries’ and Tax Accountants’ Institutes, and the Interpreters’ & Translators’ Association. Patrick was involved in the case mentioned and handled it for ELTAS member Rachel Tsateri. You can read more about it in her post (https://lnkd.in/gyZs7Uys) and in El Gazette’s February (https://www.elgazette.com/elg_archive/ELG2202/mobile/index.html, page 6) and April (https://elgazette.com/elg_archive/ELG2205/mobile/index.html, page 26) issues, as well as a March news release  (https://www.elgazette.com/a-winning-argument/). Should you be into further reading, https://eddi.substack.com/p/the-native-english-speaking-teacher?s=r presents an interesting line of argument supported by figures. If you’re more into academia, check out https://www.poileasaidh.celtscot.ed.ac.uk/daviesseminar.html (“The Native Speaker in Applied Linguistics”), or https://www.researchgate.net/publication/358198924_Exploring_the_Ethnic_Gap_in_Teacher_Salaries_in_International_Schools(“Exploring the Ethnic Gap in Teacher Salaries in International Schools”).