A Review of our 40th Anniversary Celebration

What a wonderful day we had!

Last Saturday, HELTA celebrated its 40th birthday with talks by ELT legends Scott Thornbury and Ian McMaster as well as HELTA-speaker Petra Harder, a panel discussion with HELTA members, and breakout room workshops on a variety of topics.

Here is what our members had to say about the event: 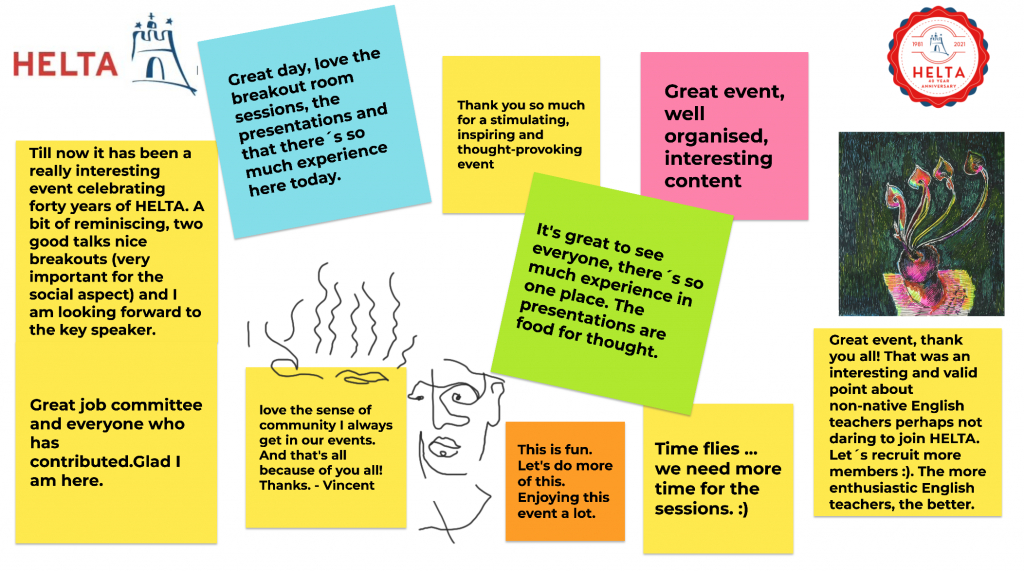 HELTA initiator and founding member Patrick Woulfe was unable to give us his full opening address due to technical difficulties and so sends this in an email as an amendment to his speech:

Remarks below were scheduled for 5- minute intro on the occasion of HELTA’s 40th anniversary .Regrettably ,I was unable to deliver these points the way I intended due to an unexpected visit from Mr. Murphy […].

I am forwarding the entire email to my colleagues, and trust it will reach others likewise via HELTA .

1  The announcement of the formation of HELTA was placed in the renowned ELT Journal – attached – to encourage fellow teachers to form their own regional ELTAs , “ an event which could be emulated by teachers in other centres ”.Whether the article  had a direct influence on launching subsequent ELTAs can not be verified .The fact is ,ELTAs followed in Frankfurt, Berlin – Brandenburg ,Munich , Stuttgart and Ulm/Neu Ulm .Forgive me should other ELTAs be absent from list eg in Switzerland , Austria.

2  Reminder : ELTAs are a springboard for all EFL teachers , new and old, to engage with publishers, authors ,TTs ,advisors re non -TEFL topics, workshops, enquiries and ,in particular ,social events /networking .

3  It is interesting to note  that HELTA has become a reference point on some Hamburg language school websites, and on teachers’ CVs .I feel sure the pattern exists with  fellow ELTAs also.

4  ELT journal  cites two key items from HELTA’s original  articles of association :  “the aim of HELTA is to promote the effective teaching of English as a foreign language”, and “it will also organize cultural and social events for the benefit of its members”. The first item is comprehensively delivered online by HELTA’s talented events/IT committee member, Vincent .Online is destined to be the modus operandi for pedagogically-related  sessions . That said, I see no better approach  than  F2F  for the second article : social events = networking. I am sure HELTA will deliver when safe to do so.

I do hope we are all present when HELTA celebrates its 50 anniversary in 2011.

Fyi, Info I mentioned  28/08 re calls for support teachers at HH primary school level is in abeyance. I will get back.

Best wishes to everyone,

This is the article Patrick refers to on the formation of HELTA: 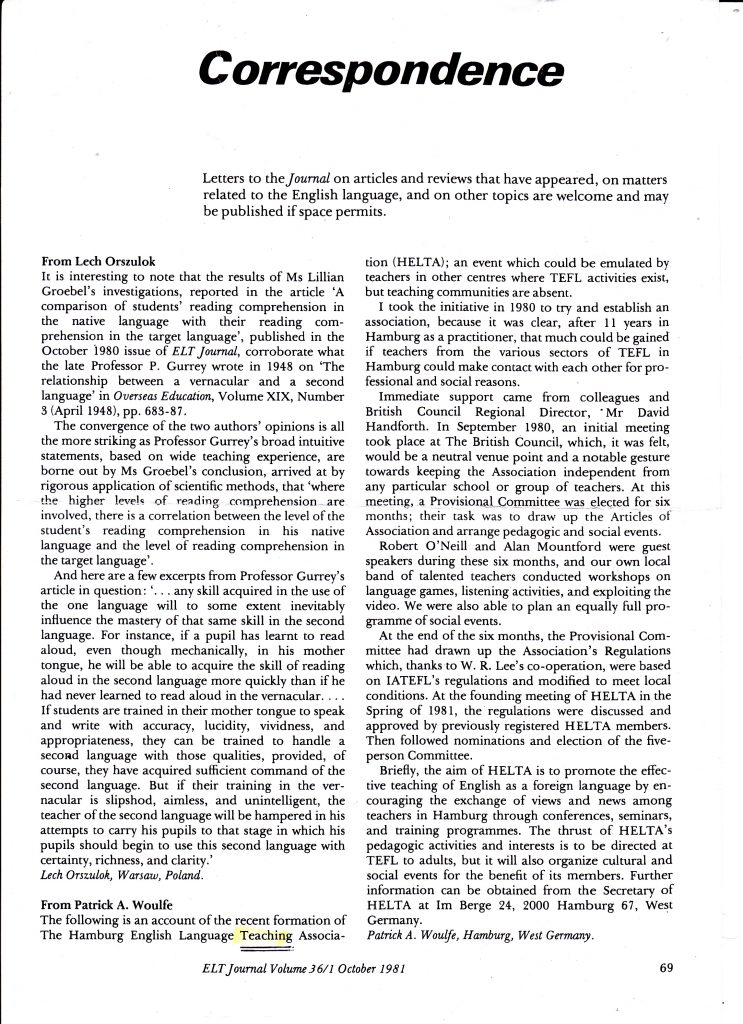 and here is a picture of Patrick when he was interviewed by HELTA member Tom Martini in English Teaching Matters:

Does anyone else see a young Prince Philip? No? Just me then? 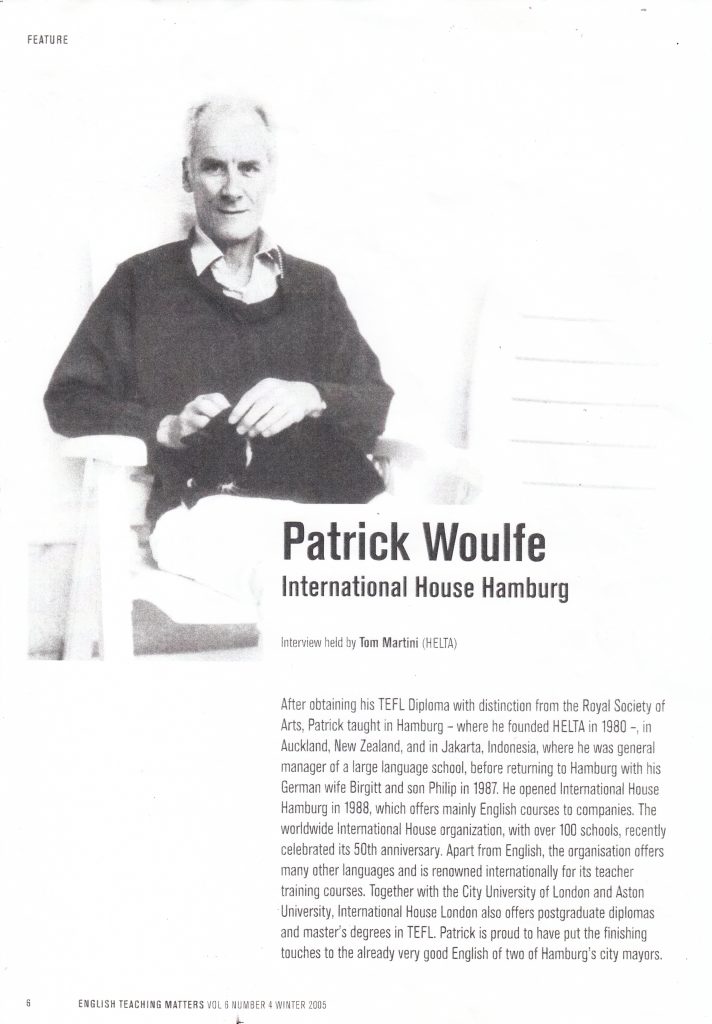 We are hoping that HELTA’s next birthday will be a face-2-face event again. As Patrick writes in the article above, one of HELTA is and has always been a social club for English language professionals, and as much as we love connecting with you via Zoom, we miss having you all in a room together!

Until then, this is certainly a good alternative! 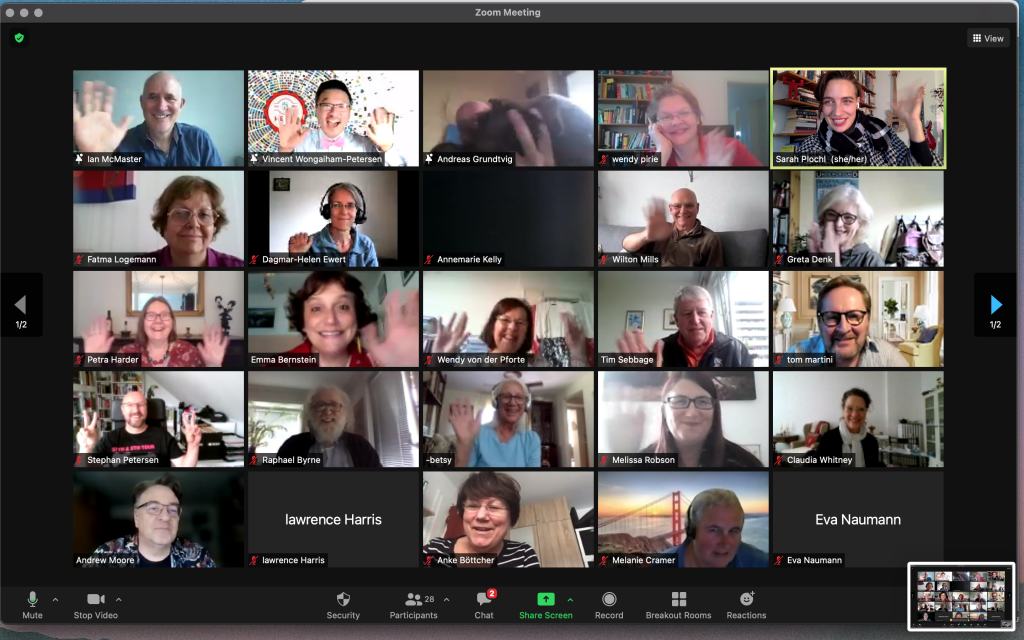 Thank you so much, everyone, and see you at the 50th! Patrick– we are counting on you! 🙂

All the best to you,