Some thoughts on The Complete Presenter – a Mark Powell online workshop

In January 2022, HELTA and ELTAU partnered up once more to bring you back Mark Powell with a sequel to his October 2021 workshop.

That wasn’t actually the plan, but his first talk, Positive Influence at Work: A Trainer’s Guide, was so well-received, and he had so much more material he wasn’t able to share, that it was a no-brainer to ask him back.

And so, come back he did with The Complete Presenter: From Commanding the Room to Connecting on Zoom.

So how did it go? Was he able to do another three and a half hours and then some? Was he able to go through all the materials he prepared? How many came to hear him this time around? Did you really miss out if you weren’t able to come?

Well, before we answer all of the above, let’s hear from our very own HELTA member, Dagmar-Helen Ewert, who shared some of her thoughts on the workshop:

I had to shorten my bike ride a bit as I had registered for a workshop with Mark Powell. After the one in October 2021, my expectations were high and I was full of anticipation. And after the first 15 minutes, I already knew that this was going to be another inspiring, highly informative and entertaining event.

Here are some of the highlights for me:

Purpose, preparation, presence, and passion make for good presentations. But just as important would be an awareness of cultural differences. Scandinavians, for example, do not like “slickness” and appreciate talks as a form of “share-time” instead of “show-time”.

Men are more prone to do “report talk” while women do more “rapport talk”.

How we speak or present is even more important when we do it for an online medium: One has to be more aware of fillers, know how to use the power of one’s voice, know how to vary it, and also remember to maintain that all-important eye contact by looking into the camera from time to time.

There were some wonderful examples of movie speeches that students could emulate and learn from and Mark also gave us a complete lesson based off the video of Steve Jobs introducing the iphone in 2007. Students could then reconstruct the speech based on prompts and also practice the delivery.

Mark also provided ideas for further reading and some interesting links that we could look into.

All in all, we left his workshop enriched and in a wonderful mood.

A workshop like this, on top of the bike ride I had, made for a perfect Saturday.

And Dagmar wasn’t alone in finding Mark’s workshop very rewarding. I myself immediately zeroed in on his Rhetoric Code – a simple mnemonic equation he devised that made it easy to remember important rhetorical devices. And some months later in my first post-workshop rhetoric class of first-year university students, and with Mark’s blessing, I had my initial batch of students versed in his rhetoric code!

So, to go back to the questions posed before:

Yes, the workshop went more than well; It was all we expected and more. Mark even stayed longer than planned, answering all the questions we were throwing his way. He got through all the materials he prepared although he surely could have added a couple more hours to the workshop with all the materials he had. It was again as well attended as his first one which had already had an an unbelievably high turnout – in fact, this was one of the highest if not THE highest turnout we’ve ever had. All ELTAs were represented with HELTA and ELTAU members making up almost half of the registrations. Almost all the happy satisfied attendees stayed the whole four hours and would have held on to Mark longer if the hosts hadn’t stepped in! And as per ELTAU, references to the workshop have been heard even long after the event.

So, you definitely missed out if you weren’t there.

BUT no need to worry. He graciously agreed to have us record the sessions!

So, if you’re a HELTA member, go to our members’ only area where you will find the recording as well as Mark’s slides from both workshops.

And if you’re wondering if he’ll be back, well, as of yet, there are no immediate plans for a third outing. But hey, don’t successful movie franchises always end up at least becoming a trilogy?

In Mark’s case, we’re sure it’s just a matter of time. 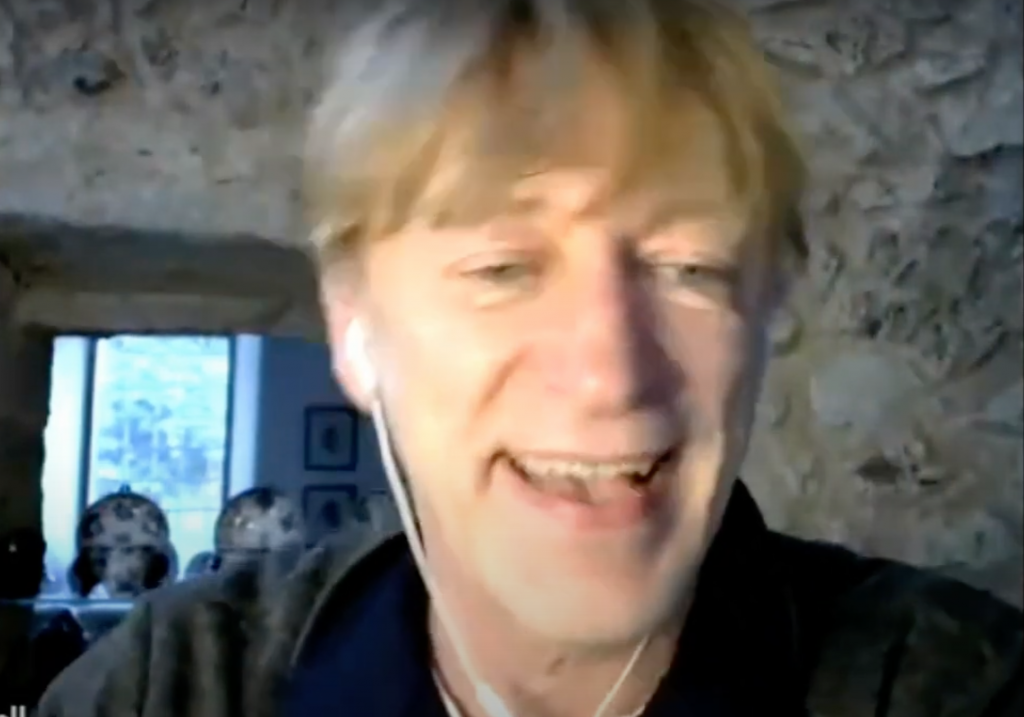